Get 2 weeks for FREE! + a FREE T-shirt upon enrollment

Get 2 weeks for FREE! + a FREE T-shirt upon enrollment 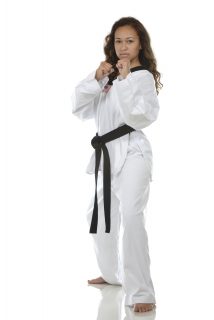 Bullying affects everyone- from the person being bullied, to the person doing the crime and to those who silently witness such tactics. This activity is associated with a number of negative outcomes. It has a marked impact on substance abuse, suicide, and mental health. And that is why it is extremely important to ask children whether they are being bullied.

Children who suffer from bullying experience negative mental and physical issues. A kid subjected to this kind of torture has a greater chance of suffering from:

Only a few children who have been bullied have the capability to retaliate via violent measures. In most of the shooting cases which have occurred in schools, it is the child that has been bullied the most who has been the perpetrator. Over 80 percent of the shooters suffered from bullying.

There is a misconception that children who suffer from bullying tend to commit suicide. This is wrong. Most of the bullied children do not harbor thoughts of suicide and desist from suicidal behaviors. Even if a child ends his or her life, bullying is usually not the sole reason. A number of issues have contributed to suicide risk. This includes depression, trauma history, and problems at home. People of some cultures also have an increased tendency to commit suicide. Support of peers and parents are intensely needed to stop such situation from getting out of hand.

Bullies are often the ones that engage in a number of risky behaviors, including violent activities. These disturbing traits can persist even when they grow up into adults. Bullies use a number of drugs and also indulge in alcohol both in adolescence and also as adults. They frequently engage in fights and vandalize property. They also leave the school education system and never get to complete higher education. Bullies are often found to have criminal convictions as adults which makes it even worse. They are also more often than not found to be abusive towards spouses or romantic partners and also tend to abuse their child, hence starting the cycle all over again.

Bullying should never be ignored, as it has long lasting effects and should be addressed as soon as humanly possible. Martial Arts Schools, like ours, help to teach children how to identify and what to do about addressing bullying. Contact us today to learn more!

The post Bullying and its effects appeared first on Rev Marketing 2 U.

Oops! We could not locate your form.